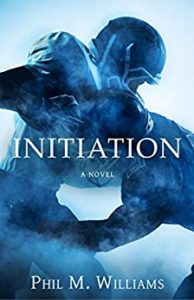 He was ready for the game. The initiation and the aftermath … that was a different story.

Carter Lynch was an outsider, an army brat transfer. He had what it took to be a star. He was focused, talented … violent. Carter didn’t join the football team to make friends or win championships. He didn’t care about anything but taking a starting spot, earning a scholarship, and leaving. Until he met Sara and Ben.

What Happened at the Lake